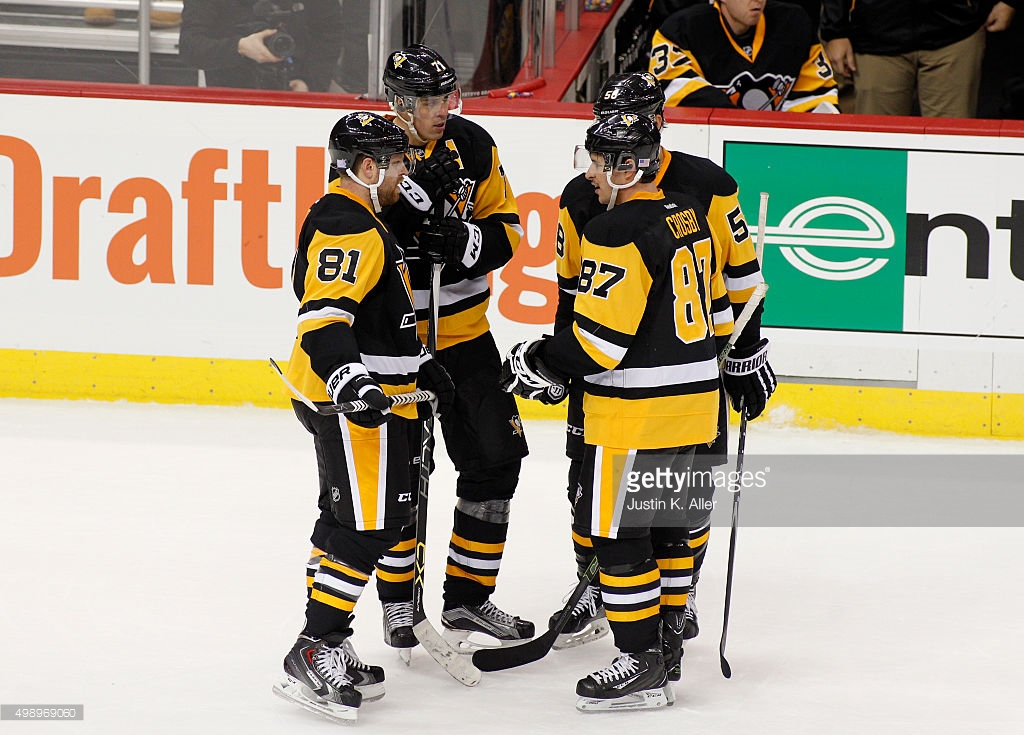 With the 2016 NHL playoffs starting today, I wanted to make some predictions. Some of these are very bold and specific, so realistically, I’m hoping to get maybe a few right.

1. Chicago and/or Los Angeles will get eliminated in the 1st Round.

I think this is the year that either St. Louis and San Jose gets past Chicago and Los Angeles. At least one of the two powerhouses in the Western Conference won’t make it into the Second Round. Quite possibly both.

2. The Penguins will go to the Stanley Cup Finals.

Pittsburgh was one of the hottest teams in the second half of the season and finished 8-2 in their last ten games. And this was without 2009 playoff MVP and all-star Evgeni Malkin for a good portion. If the Penguins can advance past the Rangers in Round One and get Malkin back going forward, this makes them a legitimate threat. Not to mention, Pittsburgh led the Eastern Conference in 5on5 CF%, finishing 2nd in the NHL. Over the past few seasons, we have generally seen one or two teams from the top four in this category make it to the Stanley Cup Finals.

3. Jonathan Drouin will have over a point-per-game average.

Drouin ended the season with two goals in the final two games and received 19:27 of ice time in the final game (a season-high). With Stamkos injured long-term, and Tyler Johnson also battling an injury, you can expect Drouin to continue to get more ice time. And for a player for has always put up good numbers in Points/60, it’s definitely possible he puts up some significant offensive numbers this Lightning playoff run.

4. Florida will make it to the Conference Finals.

The Panthers had the fourth highest goal differential in the National Hockey League this season and also have home ice advantage over any team in their division (Islanders, Lightning, Red Wings). I think they make it into the Final Four.

This prediction is of course conditional on the Penguins making it deep into the playoffs. Kessel’s shooting percentage has been below his career average over the past two seasons. However, he was trending in the right direction to end the season after finding great chemistry with linemates Nick Bonino and Carl Hagelin, finishing with 12 points in his last 9 games. He also had a history of stepping up in big games. Kessel led the 2014 Sochi Olympics in points and has 21 points in 22 career playoff games.

6. James Reimer or Martin Jones will have over 50 saves in a game.

Both Reimer and Jones have shown that they are capable of stealing games in the past. Maybe 50 is a longshot, but facing an LA Kings team that puts a lot of shots on net, it’s still attainable. Especially when you factor in the possibility of a continuous overtime. Reimer had 39 saves against the Kings earlier this season and Jones recently had a 47 save win against the Flames.

7. Duncan Keith will play over 50 minutes of ice time in a single game.

Keith has not played a game since March 29th and when he returns in Game Two against the Blues, he will be well rested and ready to put up some absurd time on ice numbers. He just needs a game to go deep into overtime.

8. Steven Stamkos will return at some point during the playoffs.

Steven Stamkos made a superhuman recovery in 2014 after breaking his leg. Could it happen again? April 3rd it was announced that Stamkos had a blood clot in his right collarbone and that he would be out 1 to 3 months. If everything goes right in the recovery, and the Lightning make a deep playoff run, I would think he could be back in time for the Cup Finals.

During the regular season, Jagr jokingly complained that he was too old for the new 3-on-3 overtime format and that it would “kill” him. Now that the playoffs have arrived and we are going back to the traditional 5-on-5 continuous overtime, watch out for Jagr to score a goal. Out of all current players, Jagr is tied with Patrick Kane and Patrick Marleau for most career playoff overtime winners with 4. Jagr is also the all-time regular season leader in game-winning goals.

10. Pittsburgh will sweep the New York Rangers in the 1st Round.

Back to my love for the Penguins. I already mentioned that Pittsburgh was one of the best possession teams this season in the NHL. Well, the New York Rangers have the worst CF% among all playoff teams and finished 26th in the entire NHL during the regular season. I don’t think they have a chance against the Penguins, even with Lundqvist in net.