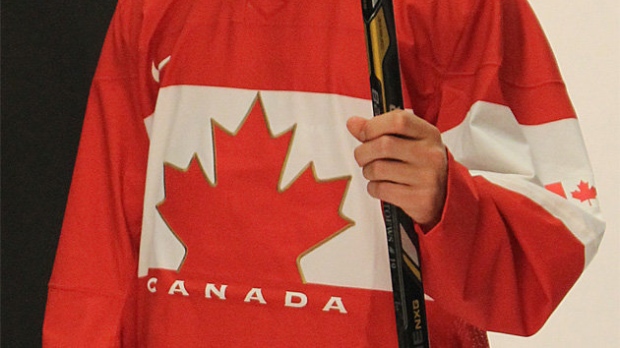 Today, a photo of Jonathan Toews wearing a Team Canada jersey leaked on the internet. Since then, hockey fans have been wondering if these are the official jerseys the team with wear during the 2014 Winter Olympics, which takes place in Sochi. It appears to be the case.

No official word has been said but I’m actually not a big fan of these jerseys. I really liked the previous uniforms better.