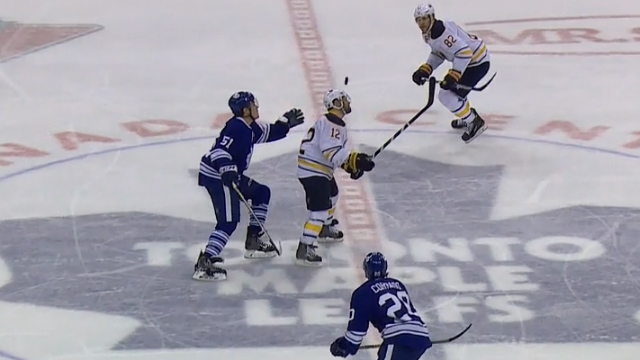 Sabres forward Brian Gionta knocked an airborne a puck to his teammate Marcus Foligno with a crazy header pass during the second period between Toronto and Buffalo tonight.

Foligno managed to catch the puck and drop it to his stick and race into the Leafs zone. However, he was knocked down by defenseman Jake Gardiner and could not register a shot.

Toronto currently leads the game 3-1 after two periods. Komarov, Boyes, and Hyman have the goals for the Leafs while Pysyk has the lone goal for the Sabres.