It’s always interesting to find disparities between how analytics measure the talent level of a certain player versus traditional thinking. To name a few, Pekka Rinne, Kris Russell, and Rasmus Ristolainen are all players who many fans consider to be very good. However, a statistically driven analysis into these players will tell you that they’re not nearly as good as most think.

Contrastingly, here are three underrated NHL players who have some very good underlying numbers, and are probably better than what the general consensus says.

With an average of only 2.4 goals per game, the Detroit Red Wings have been struggling offensively this season. Sophomore Dylan Larkin has seen a big drop in his production after being the breakout rookie early in the 2015-16 NHL season. Gustav Nyqvist has continued to struggle for the second consecutive season, as he has been unable to find his scoring touch with which he scored 28 goals in 57 games just three seasons ago. The departure of Pavel Datsyuk has obviously left a giant gap in the top six. And the addition of Frans Nielsen in the off-season has not added as much offence as the team had originally hoped.

Despite all of this, the Detroit Red Wings have a star in 22-year-old Andreas Athanasiou. He may only have 21 points in 49 games this season, but the first round pick produces at absurd rates. Just take a look at the leaders in even strength primary points per sixty minutes, dating back to last season.

I see Athanasiou had a goal and 2 assists last night. That’s an unusually strong offensive performance from him. Wait a minute…no it’s not pic.twitter.com/bS0rXaAAfQ

And a lot of this has been playing alongside the much less talented Steve Ott. Granted, Athanasiou does have a much smaller sample size than the others on this list.

Now that Athanasiou is finally starting to receive more average ice time per game and is currently on the first power play unit, I would definitely bet on him to put up more points per game when it comes to online gambling.

When looking at the quality of shots (type, distance, angle) Cam Talbot has faced since 2014, he has saved about 40.94 goals above an average goaltender if they had theoretically faced the same shots. That’s good for top five in the NHL, right next to some elite company. [Source: Corsica Hockey]. 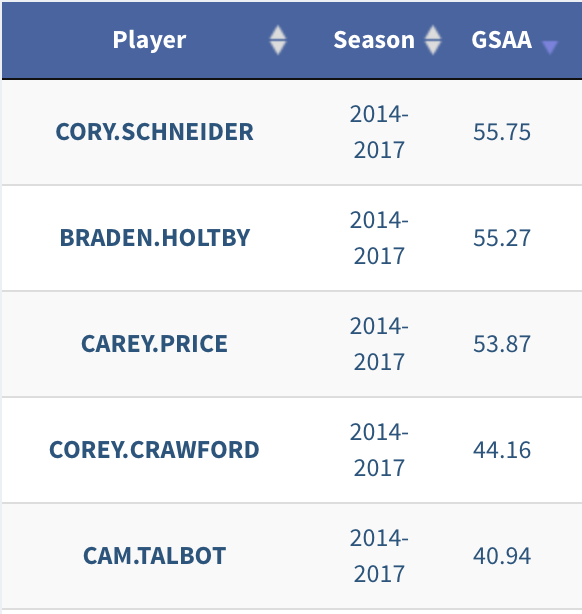 Simply, the Edmonton Oilers, with an average goaltender in net, should be giving up about 2.82 goals per game this season according to expected goals metrics. But, Cam Talbot has a goals against average of 2.40. Edmonton is a drastically different team without him protecting the crease.

On most goaltender rankings before this season, Talbot wasn’t even able to crack the top ten. Hopefully that’s changed by now.

Playing in the small-hockey market of Arizona and on a team that has been in the basement of the NHL throughout most of his career, Oliver Ekman-Larsson doesn’t get the recognition he deserves. He has only made the NHL All-Star Team once after six seasons in the NHL.

Goals Above Replacement (GAR) is a statistic developed by @DTMAboutHeart. It’s purpose is to try and quantify how many goals a player is worth to their team relative to replacement level. It is made up of six components, even-strength offence, power play offense, even-strength defense, penalties taken, penalties drawn, and faceoffs. Oliver Ekman-Larsson currently has a GAR of 11.6 in the 2016-17 season. This is the 18th best in the NHL. 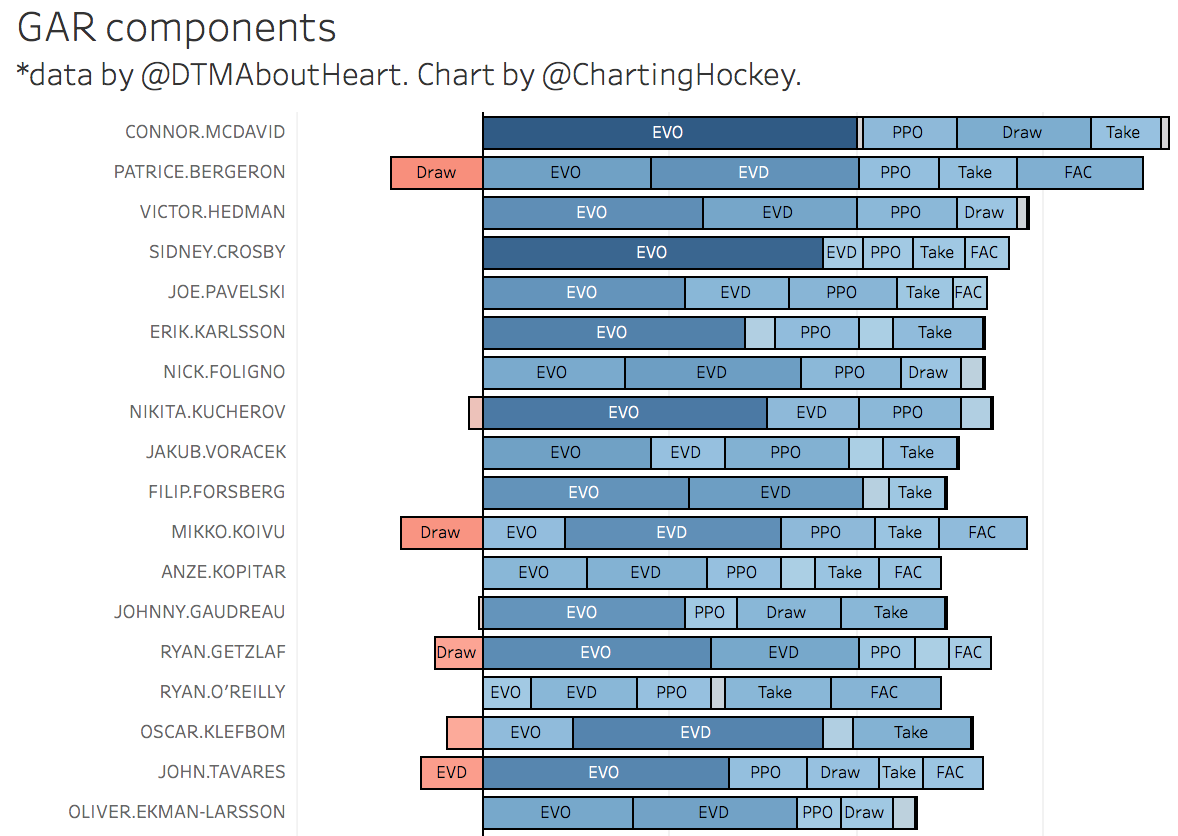