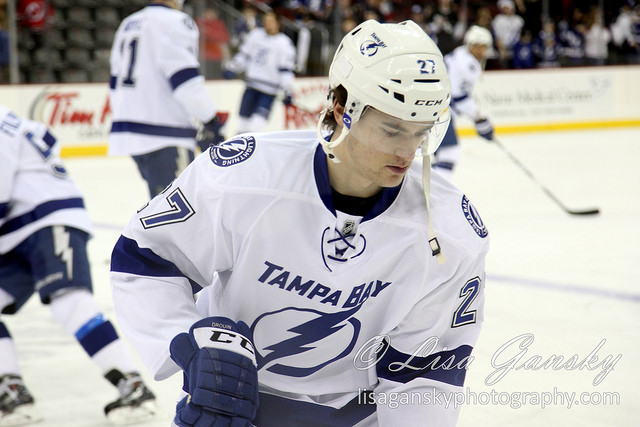 Jonathan Drouin’s agent Allan Walsh revealed today that back in November, he formally requested for the Tampa Bay Lightning forward to be traded. Drouin is a former 3rd overall pick from the 2013 NHL Draft.

He played 70 games in the 2014-15 season as a rookie and registered 32 points. However, he was benched for all but six games in Tampa Bay’s Stanley Cup run and and after playing only 19 games so far this season and battling a lower body injury, Drouin was sent back to the minors yesterday.

In this season’s small sample size of 19 games, Drouin recorded 2 goals, and 6 assists, and had a rating of +1. Let’s take a deeper look into his on-ice impact.

While he wasn’t posting strong corsi numbers and was generating minimal scoring chances in his 19 games, there are many other Lightning forwards in the same boat as him when it comes to these two statistics. The only forwards posting really good relative numbers in both shot attempts and scoring chances have been J.T. Brown, Vladislav Namestnikov, and Cedric Paquette.

What’s really interesting about the Drouin situation is that Drouin was producing more points per 60 minutes than any other Tampa Bay Lightning player this season. So that’s why it’s a bit surprising that he sent back down to the minors. I have it all visualized below (via War-On-Ice). 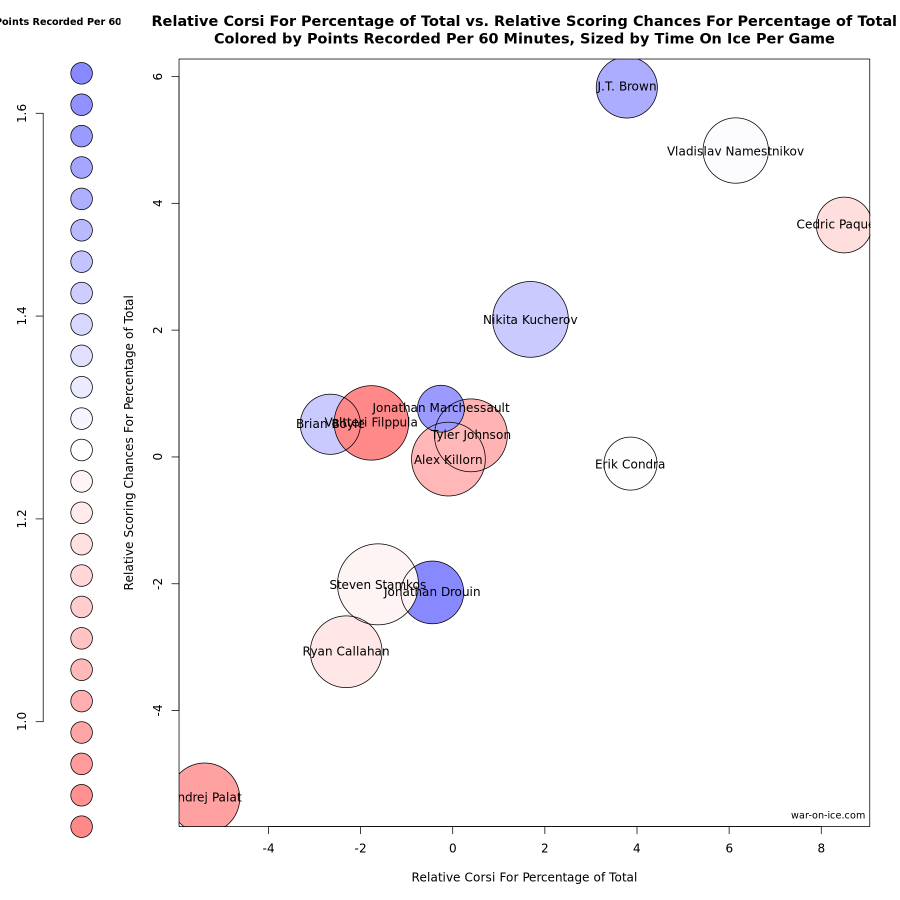 It is a small sample size, and his PDO of 106.69 likely meant that there was regression coming, but when a player is producing points at that rate, they expect to get more ice time, and he simply wasn’t getting that. This chart (by @Classlicity), dating back to the 2014-15 season, sums up it all up. 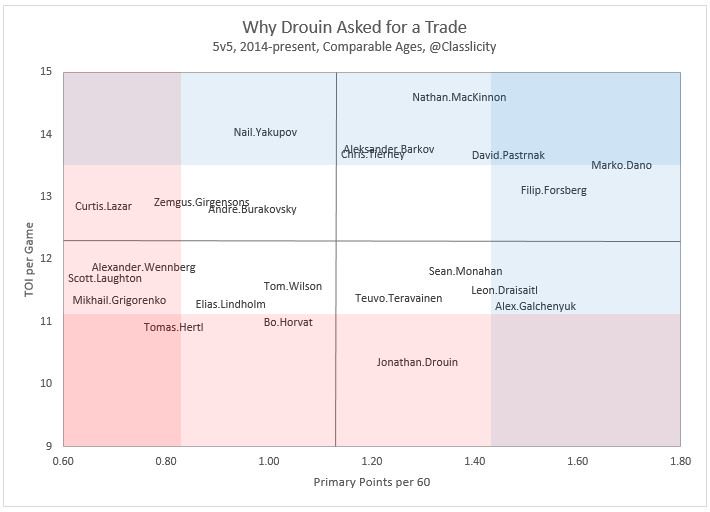 Trading away young players is always a risky business. You rarely see it happen. And after the Tyler Seguin trade to Dallas, I think teams will be even more hesitant to trade away young talent.

I’m not expecting anything significant to happen right away, but there will be considerable interest from NHL clubs, and it does appear as though at some point this season, Jonathan Drouin will no longer be a member of the Tampa Bay Lightning. Here are GM Steve Yzerman’s comments on the whole situation.