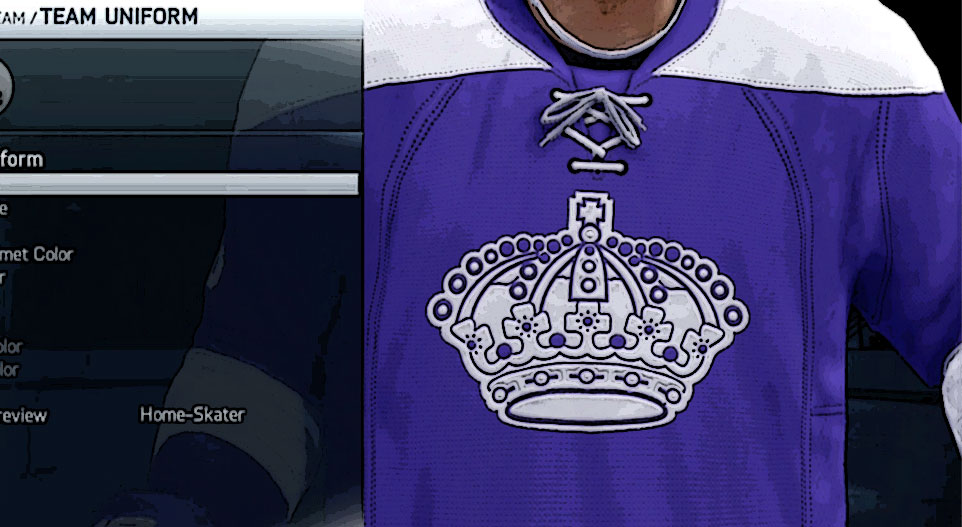 From 1967-1988, the Los Angeles Kings used uniforms that featured a purple and gold colour scheme (so they could match their local and arena-sharing Los Angeles Lakers).

They were the first team in NHL history to introduce purple as a base colour of their uniforms. Above, I’ve added a twist to the original Kings jerseys via NHL 14’s custom jersey feature. Here are some pros and cons of adopting an all-purple jersey. What do you think?

– Purple is known as the colour of royalty. It would be pretty fitting considering they’re called the “Kings”.
– Purple is too bold a colour to not be used by an NHL team.
– The colour purple is the only colour that hasn’t been taken by an NHL team. As displayed below, the Toronto Maple Leafs are blue, the Detroit Red Wings are red, the Boston Bruins are yellow, the Dallas Stars are green, and the Philadelphia Flyers are orange.

– The Kings just won the Stanley Cup in their black, grey and white uniforms.
– The original purple/gold uniforms get a very mixed response. Some fans love them, while others hate them.

A quick mock-up featuring forward Anze Kopitar and defenseman Drew Doughty to show you the uniforms in action. 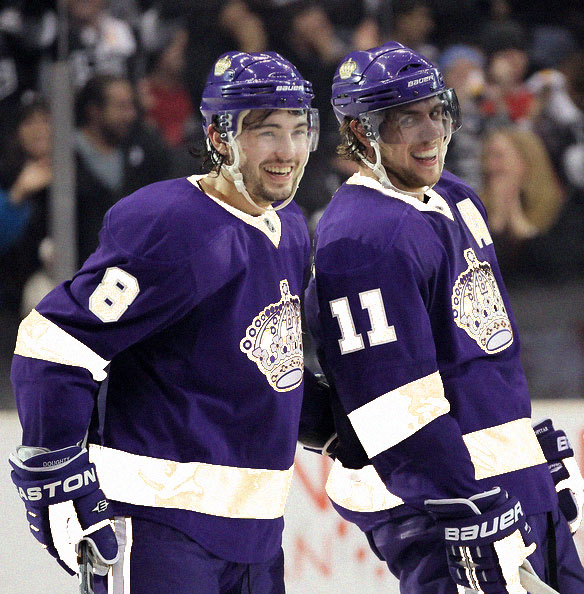