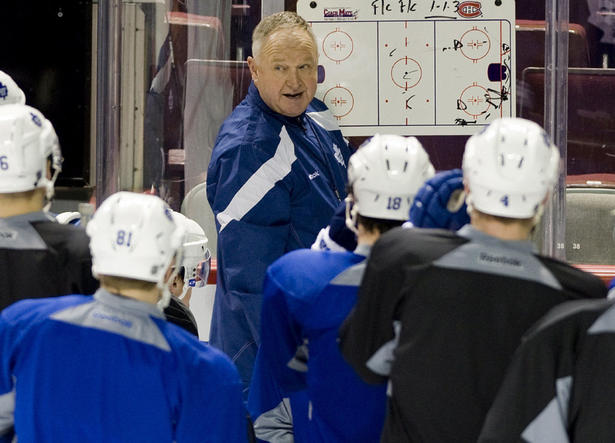 Toronto’s late collapse out of a playoff position has gotten head coach Ron Wilson fired. The major move by GM Brian Burke comes just days after chants of “Fire Wilson” made their way inside the ACC. Wilson failed to lead the team to the playoffs after four years with the club. Former Stanley Cup Champion Randy Carlyle will replace him.

The Maple Leafs have lost 10 out of their last 11 games. Burke explained in a press conference that he’s “never had a team fall off a cliff like this.”

Burke and Wilson go way back as both played hockey with Providence College in the 1970s. Firing his long-time friend was probably one of the toughest decisions he has made in his life.

He went on to say, “I want to thank Ron for all of his hard work and dedication to our organization over the past four seasons.”

With 18 games left this season, Carlyle hopes he can help the Leafs make a late playoff push. They are currently 12th in the Eastern Conference and five points out of the playoffs.

“We have to find a way to re-energize the group,” said Carlyle. “It’s not that they’ve lost their skills.

“They have an opportunity now to show a new face, a good impression.”

The Ron Wilson era didn’t end how Brian Burke envisioned it to four years ago. A new chapter for the team will begin tonight versus their rivals, the Montreal Canadiens. 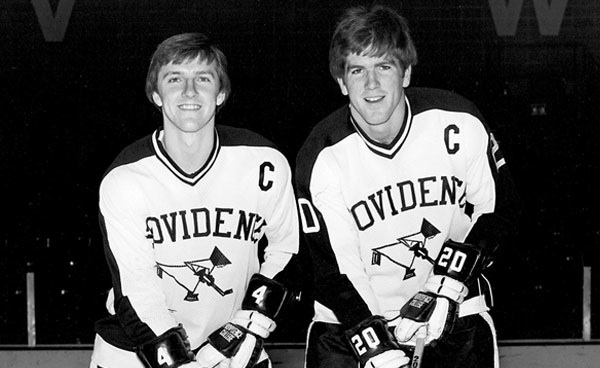 A young Ron Wilson and Brian Burke pictured above from 1976 with Providence College.