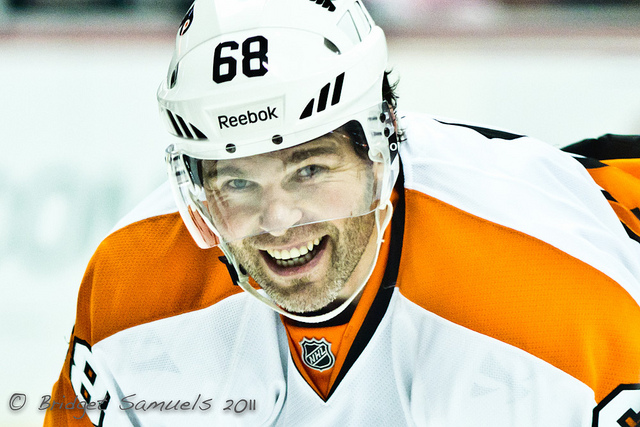 The Dallas Stars have been one of the busiest teams in the off-season so far. After signing left winger Ray Whitney and landing center Derek Roy in a trade, the team has made yet another splash. Today, the hockey world found out that Jaromir Jagr will sign with Dallas. It’s a one-year, 4.55 million deal.

“The moves we’ve been able to make the last few days are an indication that we are back as a real, relevant franchise, and we’re very pleased at what has transpired,” Stars GM Joe Nieuwendyk said.

Jagr had 54 points in 73 games last season with the Flyers in his return to the NHL.

“He’s still a world-class player,” Nieuwendyk said. “For us to bring a player like that to our franchise is a big deal.”

After these big acquisitions, Nieuwendyk’s next move will likely be locking up restricted free agent Jamie Benn.

Dallas missed the playoffs by only six points last season. They’re hoping that these moves will give them the extra push they need for post-season hockey.