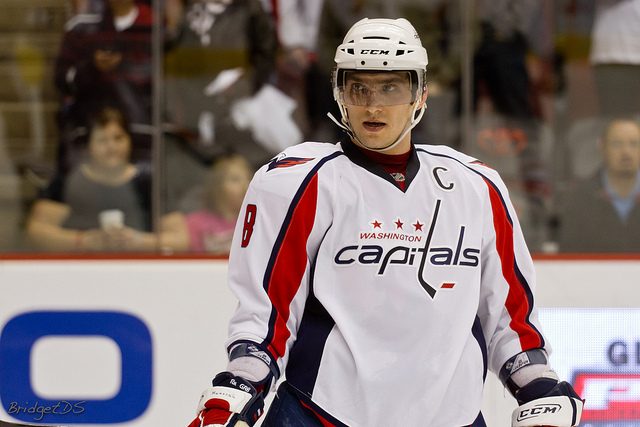 As he nears 500 goals, I thought it would be interesting to estimate Alex Ovechkin’s goals in Wayne Gretzky’s era.

Recently, there has been a lot of debate about where Ovechkin stacks when discussing the best scorer in NHL history. His teammate, Brooks Laich says he’s the best sniper “the game has ever seen”.

This post will be focused on taking a look at how Ovi would have produced during Wayne Gretzky’s playing days if we adjusted for two factors: average league-wide scoring & average ice time received.

Now, there have been two major differences between these two eras. 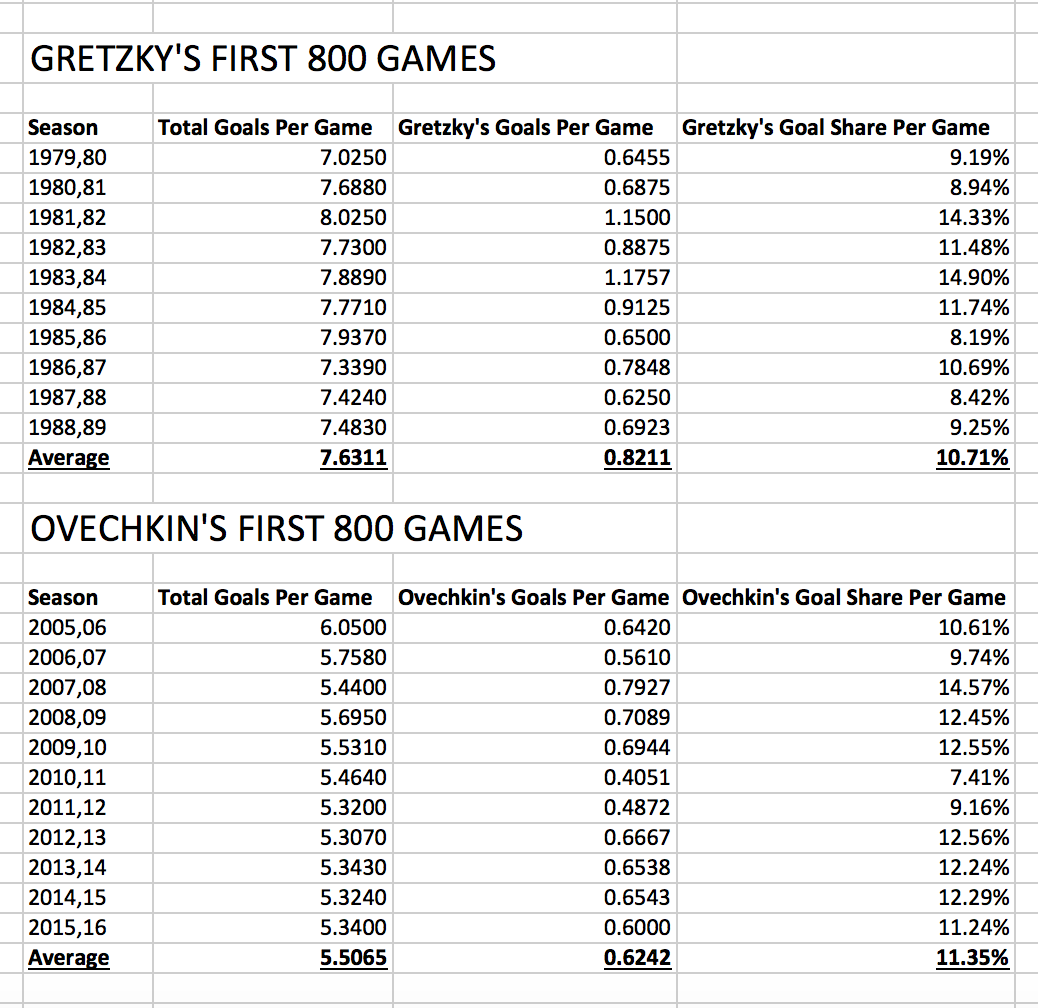 To simplify things, I have not adjusted the numbers to reflect the amount of games played each season; for example, 2012-13 was a shortened season in which Ovechkin only played 48 games, and Gretzky only played 64 games in the 1987-88 season.

In addition, star players used to receive more ice time back in the day. Today, hockey has become a more balanced game. Having enforcers is no longer a standard across teams, and fourth-liners have become players who can actually contribute to the game and produce points on the ice.

This trend has even continued during recent years. 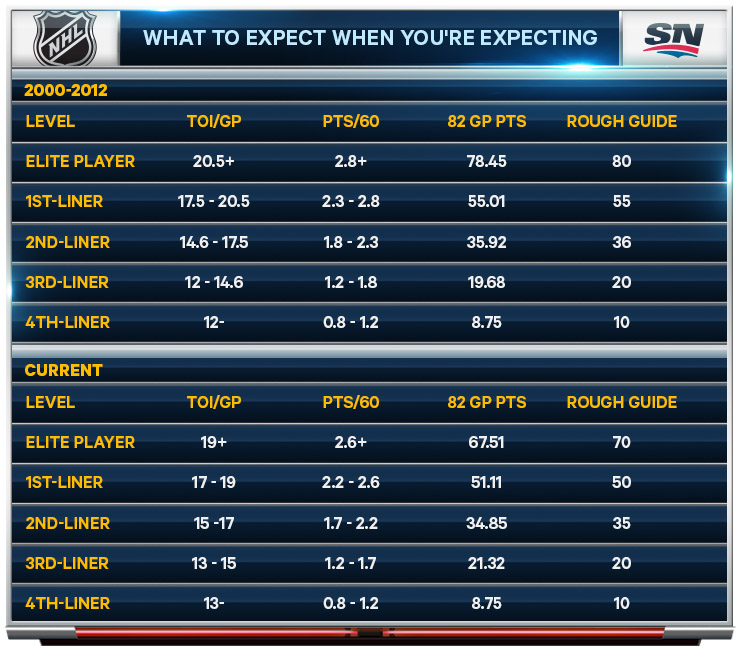 Alex Ovechkin has averaged an ice time of 21 minutes, and 22 seconds per game over his career. Wayne Gretzky averaged that amount in his last season in the NHL.

Unfortunately the NHL began tracking ice time in 1997. So we won’t know exactly how much ice time Gretzky received on average from 1979-89. However, after some primary and secondary research, I am estimating that he received around 25 minutes of ice time per game over the first 800 games of his career.

Now let’s round Ovechkin’s ATOI to 21 minutes per game. That would give Ovechkin an average of .0297 goals per minute over his career thus far. Adjusting that to a 25 minutes per game average over an 800 game period would put him at 594 goals rather than 499.

I am also making the assumption that having more time on ice does not significantly impact the player’s quality of play. Furthermore, the decrease in ice time doesn’t have as much of a significant impact on Ovechkin’s numbers as the decrease in scoring, but it’s definitely something worth noting.

It’s impossible to actually know how Ovechkin would have performed during the 1980s (there are so many factors that could contribute to a player’s goal production and I am only focusing on two). However, in my mind it’s not unreasonable to consider him the best scorer in NHL history.