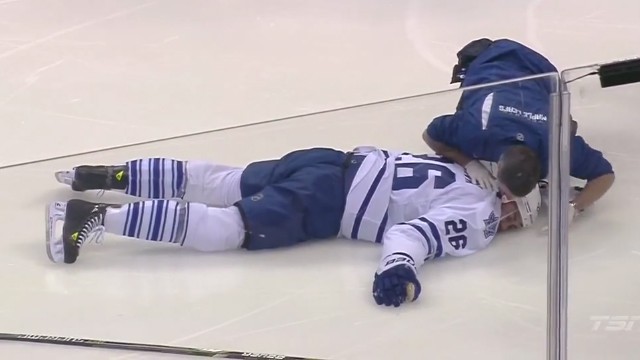 Just less than a minute into the game between the Toronto Maple Leafs and Colorado Avalanche, forward Daniel Winnik hit his head on the ice after an awkward collision with defenseman Jan Hejda. Winnik was knocked unconscious and had to be stretchered off.

Midway through the first, TSN’s Chris Cuthbert gave an update on his status, saying that he “is alert and moving”. Scary injury.

← GIF: Vladimir Tarasenko scores highlight-reel goal
GIF: Pekka Rinne gets knocked down by his own net →