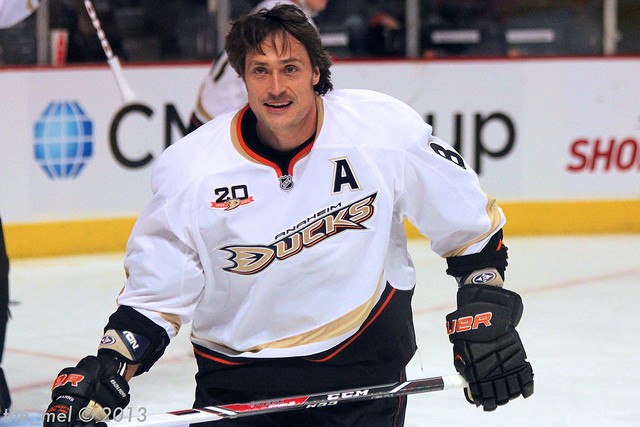 Another great season of hockey has come and gone. With the playoffs just around the corner I wanted to give a quick numerical recap of the regular season. Here are what I consider the top standout numbers from the 2013-14 NHL season.

Shootout wins for the New Jersey Devils after 13 tries.

Goalie goal courtesy of Mike Smith. The Coyotes net-minder became just the 11th goaltender in NHL history to score a goal. Not to mention, he did it with a tenth of a second remaining on the clock.

Outdoor games: the Winter Classic, Heritage Classic as well as four Stadium Series’. This was a record number.

The amount of games David Clarkson spent in the press box because of suspensions. He recorded even less points, 11, despite carrying a massive cap-hit of $5.25 M.

Wins by the Colorado Avalanche, who finished 3rd in the league after finishing 29th last season. From bottom three to top three.

Saves by goaltender Ben Scrivens in his shutout versus the Sharks in January. It was the most saves a goaltender has ever made in a regular season shutout.

Points by Jaromir Jagr at the age of 42. Ageless.

Points for Sidney Crosby. The most in the NHL season and the only player to crack the 90 point plateau.

Total points for Teemu Selanne’s career, who will be retiring after the playoffs. Good for 15th on the all-time points list.