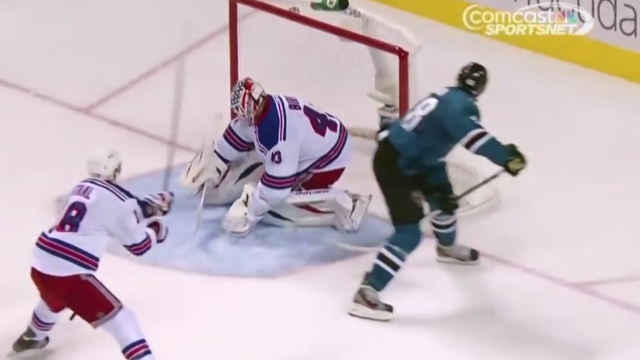 His fourth of the night was scored on an unbelievable through-the-legs goal move late in the game.

The Sharks won the game 9-2 over the New York Rangers and improved their record to 3-0 on the season.

Hertl isn’t the only San Jose Sharks player to go through-the-legs though. In 2004, Jonathan Cheechoo went between his legs on a one-timer.