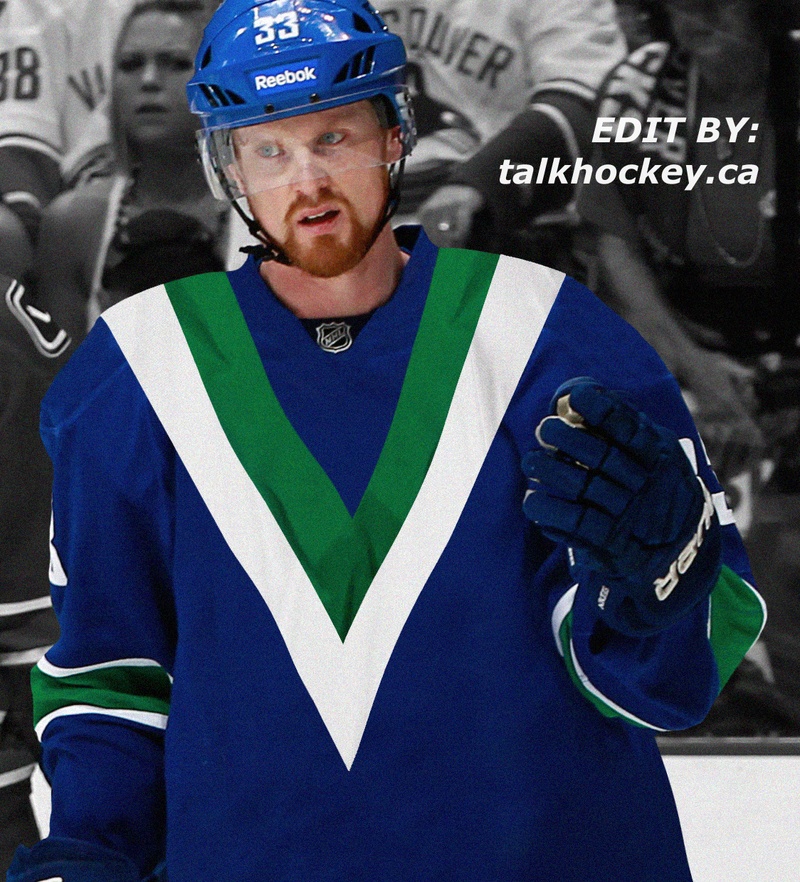 Recently, I’ve seen a lot of interesting Vancouver Canucks jersey concepts just surfing the web. The one that caught my attention the most was this modernized version of the Canucks old Flying V uniforms.

Above, I tried my best to give a live preview of what it would look like. While I’m not too keen on the idea of using this as a home jersey, I do think it would be cool if the club had something like this as an alternate jersey.

As you can see below, I based my edit off of this concept by Justin Cox. 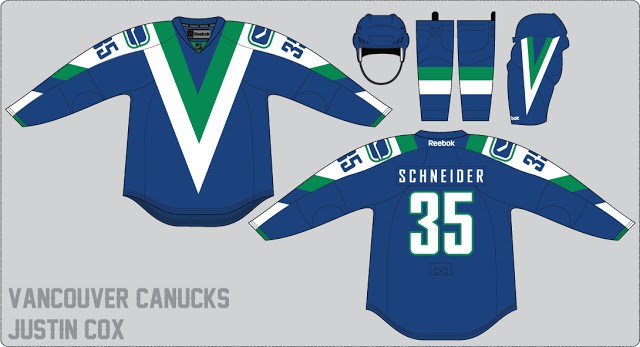 The old Vancouver Flying V uniforms have been called one of the worst jerseys in NHL history by many. But, as Cox says, the “problem with the originals is the dreadful colors”.