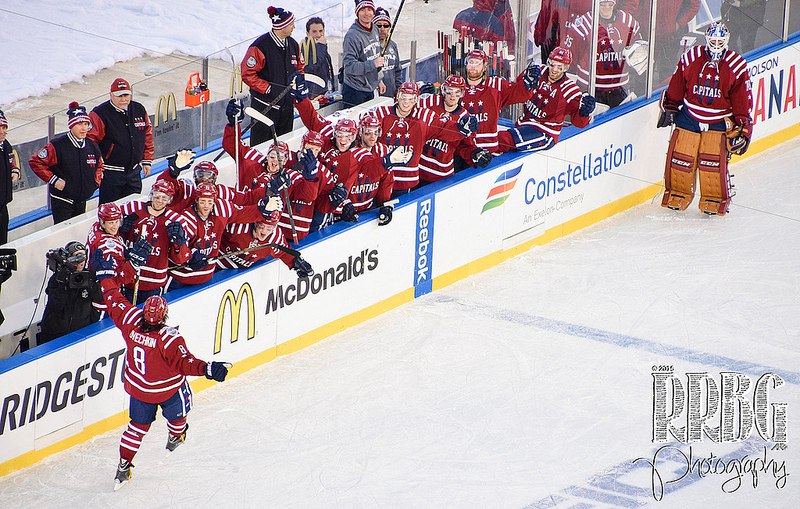 Troy Brouwer’s late game heroics helped the Washington Capitals beat the Chicago Blackhawks in the 2015 NHL Winter Classic. The forward scored the go-ahead goal with just 13 seconds remaining in the third period to win the game for his club.

The GWG was on the powerplay, as Chicago captain Jonathan Toews was charged with a controversial hooking call moments before. He clearly voiced his displeasure after he came out of the sin bin. The officiating took a lot of heat during the game not only from the Blackhawks, but also from the opposing side, including Barry Trotz.

The final score was 3-2 in favour of the Caps. Eric Fehr, Alex Ovechkin, Patrick Sharp, and Brandon Saad were the other goal scorers. Notably, Fehr’s tally made him “the all-time leading goal scorer in NHL outdoor games” (NHL.com). He now has a total of three outside goals under his belt.

It was also one of the first times we’ve seen the sun play such a prominent role in a Winter Classic game. In fact, the glare was initially supposed to significantly push back the start time of the game. But luckily, the puck was dropped on the schedule. In the past, we’ve usually seen a mixture of really cold weather, clouds, and sometimes even snow. This time around, the atmosphere was much different.

“I’m pretty sure that everybody is going to remember this moment for a long time,” Ovechkin said. “It’s a great feeling. It’s going to be in our memories.”

Here’s a hyped up Ovechkin soaring by the bench with his arms in the air following Brouwer’s goal.