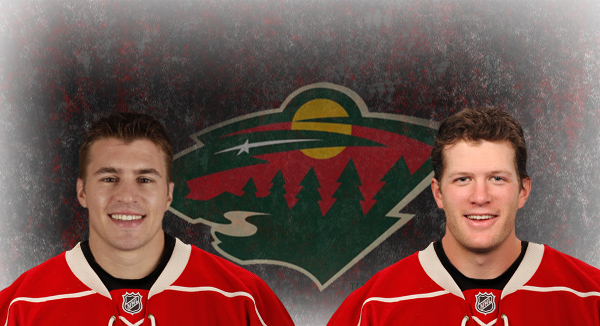 The Wild weren’t the first team that came to most of our minds when we speculated where Zach Parise and Ryan Suter will choose as their next destination to continue their hockey careers in. Detroit was definitely in the race for the two. Toronto, New York, and Philadelphia were also some of the top rumoured teams in the hunt for the two all-stars.

But, on Day Four of Free Agency, it was Minnesota, that has made the biggest splash by signing the top forward and top defenseman from the 2012 Free Agent Class.

Parise and Suter have each signed 13 year deals worth $98 million, a cap hit of about $7.5 million with the Wild. This locks them up through the 2024-25 season.

“We kept in touch throughout this whole thing and we decided that we thought for both of us that the best fit would be Minnesota,” said Parise who actually grew up in Minnesota. “We’re excited that it worked out and we get a chance to play with each other.”

Parise had 69 points in 82 games last year with the Devils and served as their captain. He led them to the Stanley Cup Finals where they lost to the Los Angeles Kings in six games after a great run.

Suter meanwhile had 46 points in 79 games in 2011-12 which was 11th in the NHL among defenseman. His Predators were knocked out in the second round of the playoffs.

It was reported yesterday that if they could, Zach Parise and Ryan Suter – who were both members of Team USA in the 2010 Winter Olympics – would sign with the same team so they could play together.

They got their wish.

Since entering the NHL in 2000-01, the Minnesota Wild have never looked this talented: Dany Heatley, Zach Parise, Ryan Suter, Mikko Koivu… the franchise is hoping that this off-season can give them a big boost for the future.